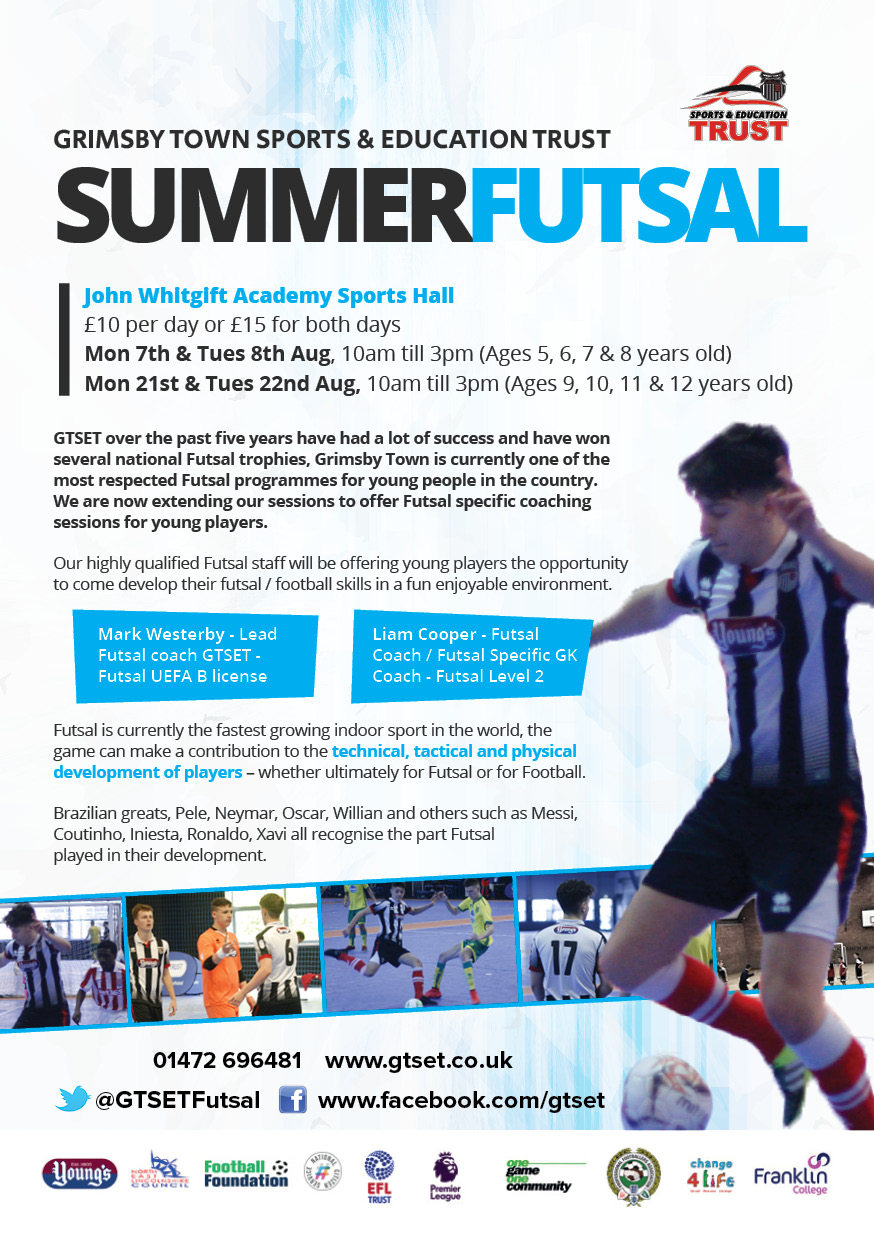 We are delighted to announce dates for our Summer Futsal courses! Please find all the information below:

GTSET over the past five years have had a lot of success and have won several national Futsal trophies, Grimsby Town is currently one of the most respected Futsal programmes for young people in the country. We are now extending our sessions to offer Futsal specific coaching sessions for young players.

Our highly qualified Futsal staff will be offering young players the opportunity to come develop their futsal / football skills in a fun enjoyable environment.

Futsal is currently the fastest growing indoor sport in the world, the game can make a contribution to the technical, tactical and physical development of players – whether ultimately for Futsal or for Football.
Brazilian greats, Pele, Neymar, Oscar, Willian and others such as Messi, Coutinho, Iniesta, Ronaldo, Xavi all recognise the part Futsal played in their development.
The value of Futsal: