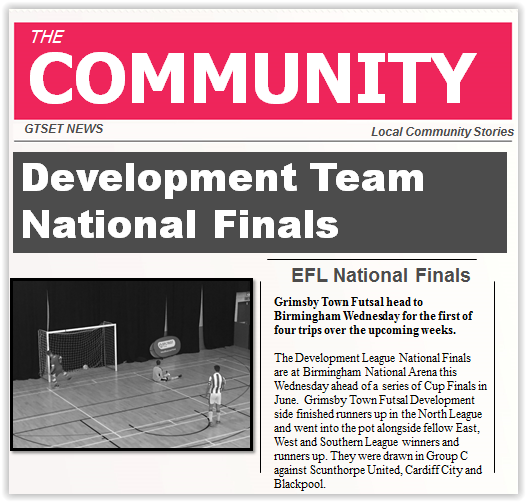 Grimsby Town Futsal head to Birmingham Wednesday for the first of four trips over the upcoming weeks. The Development League National Finals are at Birmingham National Arena this Wednesday ahead of a series of Cup Finals in June.

Grimsby Town Futsal Development side finished runners up in the North League and went into the pot alongside fellow East, West and Southern League winners and runners up. They were drawn in Group C against Scunthorpe United, Cardiff City and Blackpool.

They must finish in the top 2 of Group C to make the Quarters and hopefully soon after the semi and final.