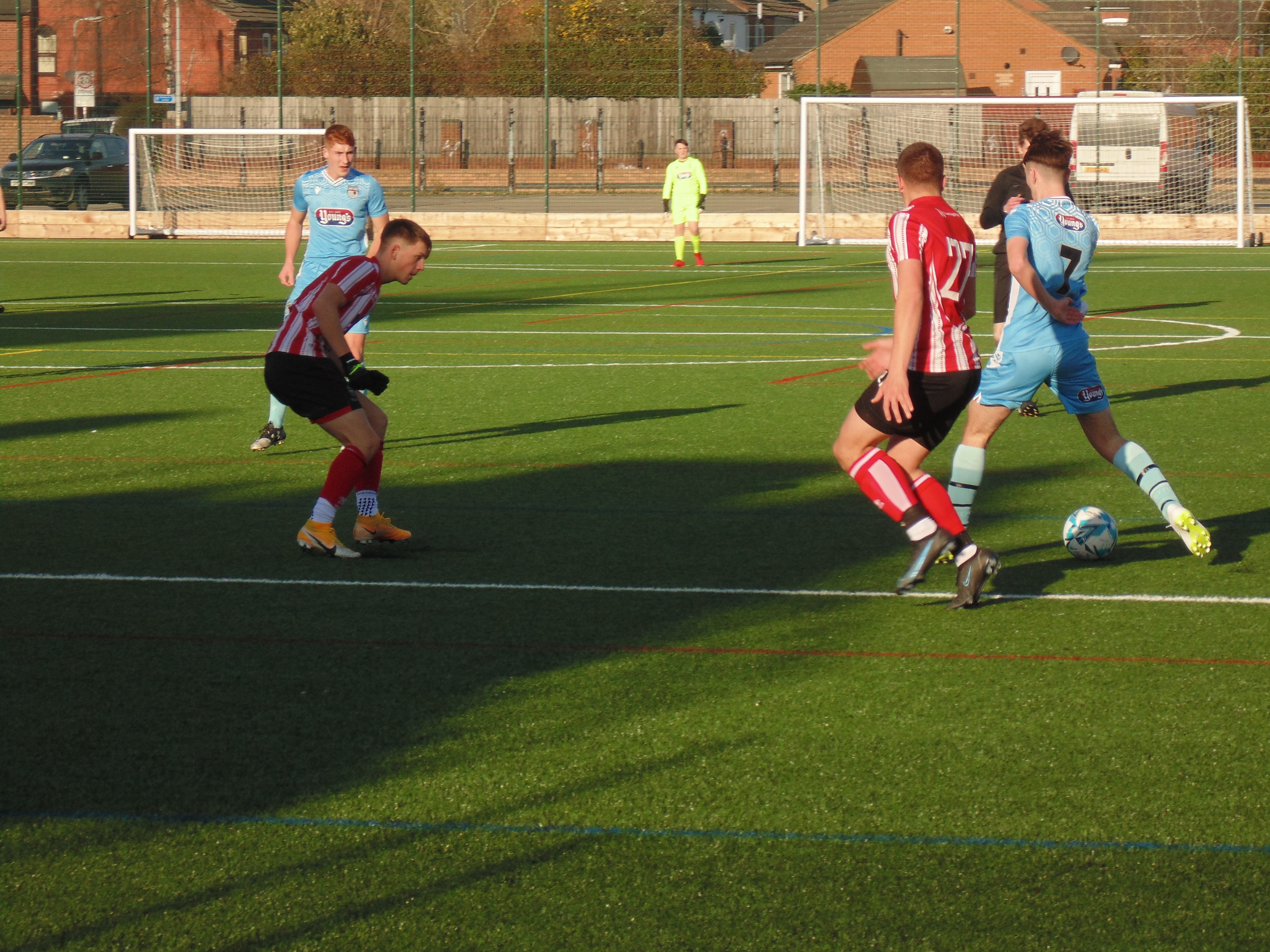 Derby day at the bank began with town on top, with the mariners holding on to the majority of the ball. Town had a couple of chances in the opening stages, with Dunn nearly getting on the end of a well worked free kick from Edwards being the standout opportunity. Edwards and Lincoln’s attacker both went into the referees book after a little scuffle in the build up to the free kick.

It took until the 20th minute for the deadlock to be broken, as Town were piling on the pressure, Edwards released a ferocious shot from the edge of the box, which the goalkeeper palmed away. Wootton was the quickest to react giving himself an open goal to poke the ball into.

The first half continued in the same fashion, with Town dominating possession and continuing to create chances, with both Woods and Wrigley delivering balls into the middle which just wouldn’t fall into the strikers paths. Defensively the Mariners had a minimal amount of pressure to deal with, with Lofts and Etherington being assured and composed benefiting them massively.

The mariners went in 1-0 up at half time, slightly frustrated due to the amount of chances they’d had but playing well.

The second half began slightly more frantically, with Lincoln adjusting their formation slightly enabling a higher press, and more of a battle in midfield. Town however continued to create chances, with the Lincoln keeper making some good saves from towns attacking force.

As the game hit the hour mark, the Lincoln keeper made a good save from Dunn, but the Lincoln defence struggled to clear their lines, eventually letting Edwards get a shot off from the edge of the box which ended up in the bottom corner.

After picking up a knock in the first half, Woods was replaced just after the hour mark by Haines, who went into centre midfield, with Drakes taking up the right back position.

Town stepped off the gas after scoring their second, with this being a mistake as 5 minutes later the Imps launched a free kick into the box. A poor defensive header fell to the unmarked Imps striker to strike the ball past Tudbury in the Mariners net. 1-2.

The Imps tail’s were up after this, as they started to challenge Town’s defensive integrity, winning a couple of free kicks from some good passing moves. However, the Mariners stood strong and dealt with what Lincoln had to throw at them.

With around 75 minutes on the clock, Kendall replaced Butters and took his position up top, moving Wootton out on the right hand side of midfield.
After the introduction of Kendall, town settled down and started to create more chances, with Edwards, Drakes, Wootton and Perry linking up well down the right hand side on multiple occasions.

In the 79th minute, Edwards found Wootton, beating the offside trap, in behind the Lincoln defence, and then he unselfishly squared it to Kendall to seal the game. 1-3 to the Mariners.

Town walk away with the three points, which were deserved if you look at the way the game went and the volume of chances which were created, however the disappointment being the amount that the Mariners converted.